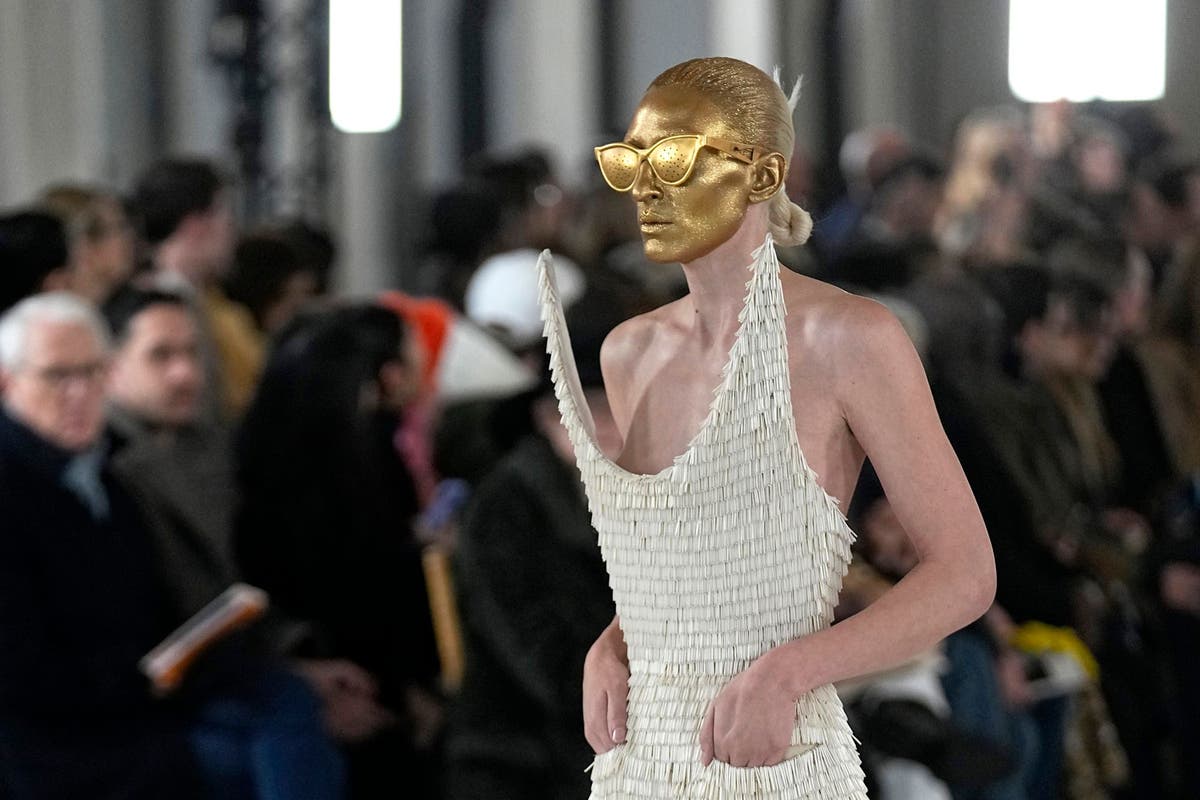 Inviting big spenders and celebrities to sit front row at exclusive fashion shows, design houses are hoping their affluent clientele will place orders for bespoke versions of the clothes they see on the catwalks.

In a bid to make headlines or go viral on social media, designers often include weird and wonderful fashion and beauty looks in their couture collections, and the Spring/Summer 2023 edition – which runs currently – is no exception.

From animal embellishments to dodgy hair, here are six of the weirdest trends from the Paris couture shows so far…

“No animals were harmed doing this look,” read a post on Schiaparelli’s Instagram account – that’s how convincing the fake lion, leopard and wolf heads were, as seen on models Naomi Campbell, Irina Shayk and Shalom Harlow.

In addition to the three taxidermy-style pieces on the runway (made of sculpted foam, resin, wool and silk faux fur), Kylie Jenner sat front row wearing her own lion headdress.

Cutthroat fashion wasn’t the only reason Schiaparelli broke the internet on Monday.

The singer and rapper was covered in over 30,000 Swarovski crystals in a process that took almost five hours.3. Bow ties with everything

During the puppy-love-themed Chanel show, designer Virginie Viard put an androgynous spin on her spring/summer offering, adding bow ties to nearly every look, from curly skirts to jumpsuits and ball gowns and even a wedding dress.

The other accessory that we should all wear this spring according to Chanel? A top hat.

Giambattista Valli’s voluminous dresses called for stunning jewelry, which came in the form of huge silver and pearl earrings.

Wondering how the models coped with heavy props? The earrings actually curled over the top of their ears instead of hanging from their lobes.

At Dior, Maria Grazia Chiuri was inspired by the 1920s and Josephine Baker, with hairstyles of models styled like the Eton cut of the cabaret singer.

For most models, that meant two thin hairs curled across the forehead, while others had their bangs parted and slicked back.