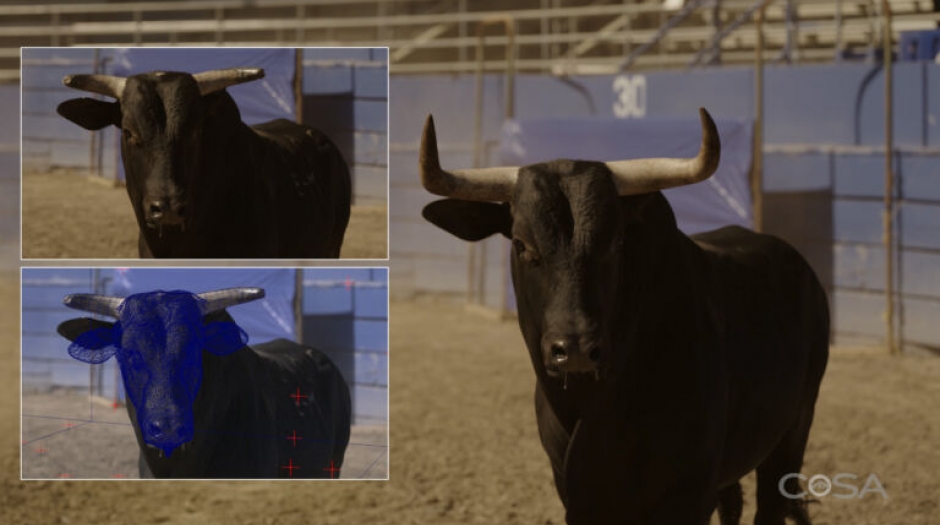 In the new season, Cranston returns as former judge Michael Desiato, a man forced to deal with the wreckage of his former life. Disbarred, disgraced and nearly destroyed, nothing can bring him back from the brink until a federal agent coerces him into a scheme to take down the Baxter family. Revenge may not return all he lost, but redemption offers a ray of hope. He has a chance to deliver a blow to the empire of corruption and vengeance that rules New Orleans, but will that be enough to put his ghosts to rest?

The job of the VFX team was to ensure that all visual effects were realistic and integrated seamlessly into the narrative, what followed was the delivery of many of the “invisible effects” created for the season premiere and the following episodes.

Season 2 opens with a rodeo bullfight in a prison. To populate the crowd and maintain continuity, the VFX team started with a LIDAR scan of the stadium, recreating it virtually before populating it with crowd simulation software. For the close-ups, the team used a tiling system based on a proprietary tool developed in-house for crowd systems that uses footage of real people filmed on a green screen. 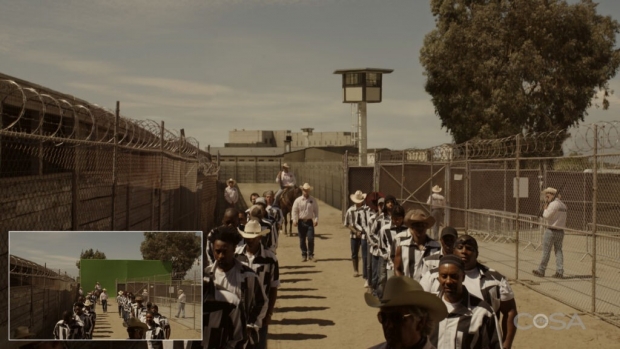 The bull presented other challenges. Although only one appears in the sequence, Your Honor actually used three bulls – one that was tamer and safer to have around stunt performers and actors, a “hero bull” used for looks, and the more dangerous called “action bull”. The latter looked menacing, although unlike the other bulls, it had no full horns. Visual effects allowed the team to create the ideal bull, first removing the practical horns and then replacing them with computer-generated horns, keeping the appearance of the same animal for continuity throughout. the sequence. For the non-hero shots, the team used a few compositing tricks to achieve the same desired effect without the need for 3D rendering.

In addition to enhancing the bull and the mobs, the set extensions and other elements created by the Environments team made the prison feel like it was in a southern US state (the story of the series takes place in Louisiana)

Finally, the CoSA team created visual effects for a major plot point in the first season. Michael (Cranston’s character) has an emaciated look resulting from a long hunger strike. The compositing team achieved the look first with digital makeup input from the VFX studio, then using body modification techniques in compositing to distort the character’s body and recreate the background to achieve the the character’s final on-screen look.