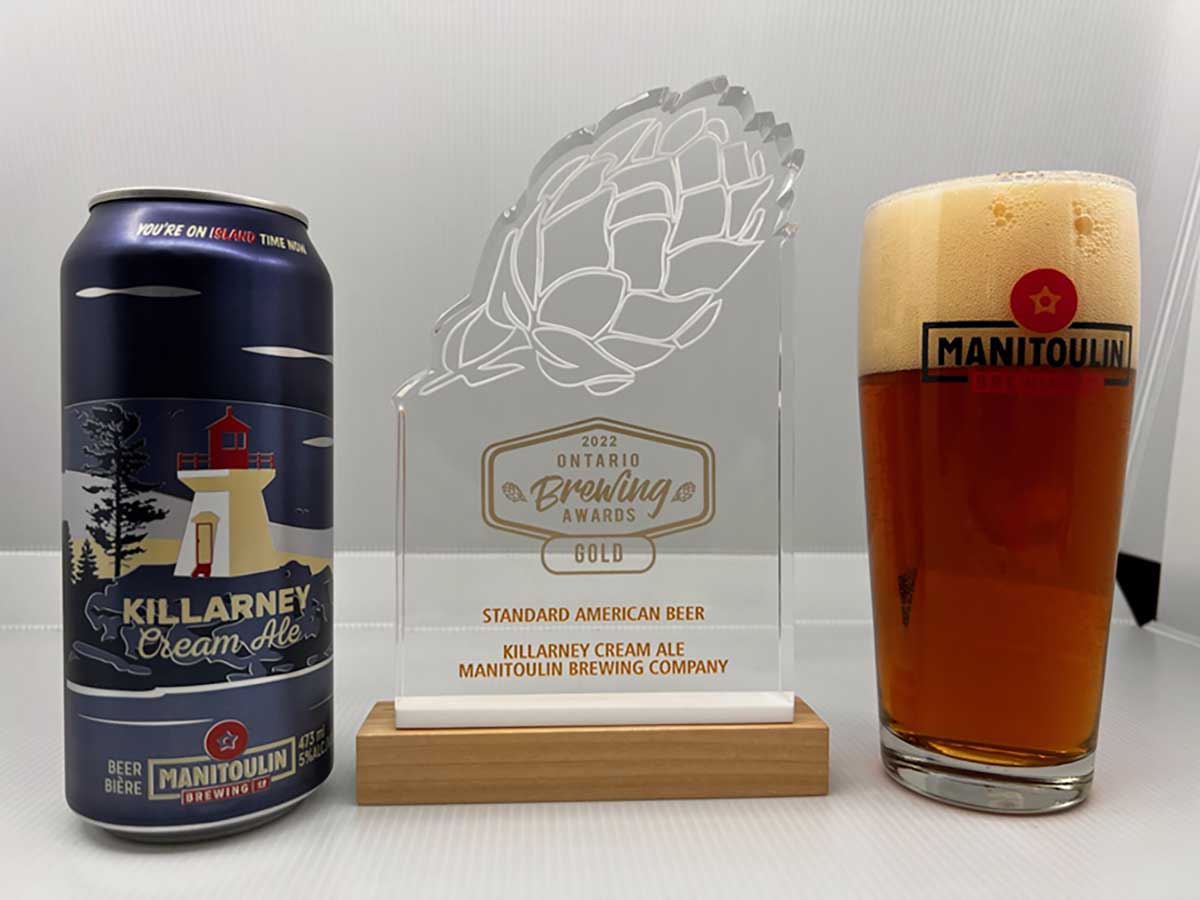 For MBC President Blair Hagman, the news came with another great piece of news. “We’re now the top-selling craft brewery in Northern Ontario,” he said. When it comes to rewards, being the top seller comes with very obvious tangible rewards.

“Of course, we were very pleased with the Ontario Brewing Award and the news that we are the best-selling craft brewery in the North,” said Hagman, who paid tribute to the hard work and dedication of the MBC team.

The recipe for the gold-winning beer was actually created in 2016, Hagman noted, but this is the first time that MBC has submitted one of its beers to a competition.

“We’re pretty proud of Killarney Cream Ale, it’s our best seller at the LCBO and the best seller in restaurants and bars,” he said. The name suits the beer perfectly, he added, but “it’s the taste that keeps them coming back”.

“Sudbury is a big supporter of our brewery, there are so many restaurants that have our beer on tap,” he said. “John (Kift, MBC salesman) is amazing.”

The Ontario Brewing Awards competition is open to all Canadian-owned commercial brewers and beer brands whose products are produced and packaged in Ontario. Submitted beers must currently be, have been, or will be available for legal sale and consumption by the public.

The Ontario Brewing Awards have 38 categories, a number of which are a combination of several beer styles as well as a Best of Show award.

The Ontario Brewing Awards are sanctioned by the Beer Judge Certification Program (BJCP). Entries are evaluated by BJCP judges in teams of two or three, with each team focusing on a specific beer style category. Judging was based on meeting the BJCP style guidelines published in 2021.