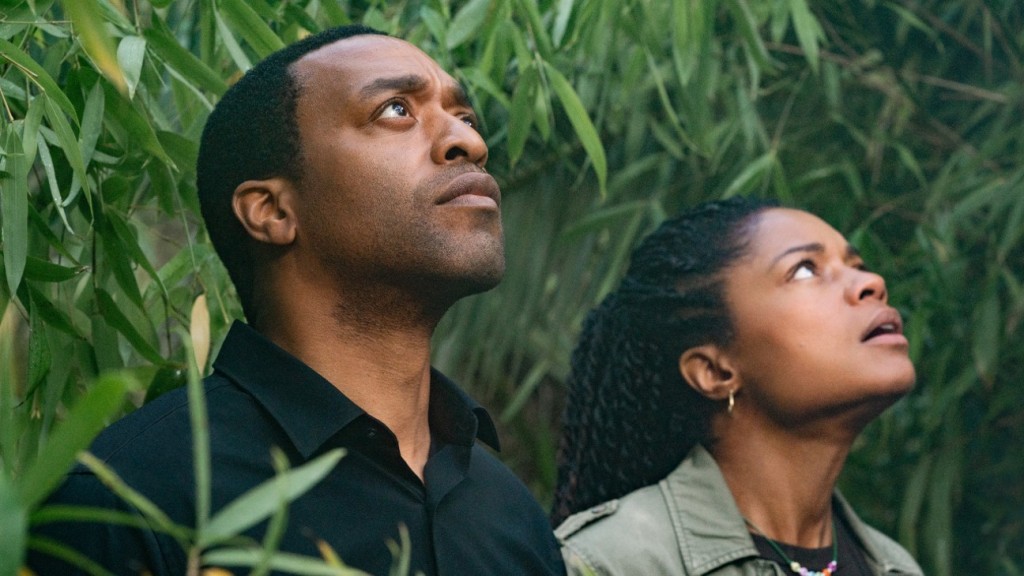 The man who fell to earth won’t be back on Showtime.

Sources say The Hollywood Reporter that the Paramount Global-backed premium cable network declined to renew the series for a second season. The news comes as showrunners Alex Kurtzman and Jenny Lumet originally intended the drama as a closed limited series, but changed course as they were halfway through the first season. Sources say the executives were very pleased with the show’s creativity and felt the season ended in a natural and appropriate manner.

“Our thanks to the extraordinary Alex Kurtzman, Jenny Lumet, John Hlavin and Sarah Timberman who have done such an excellent job of transforming David Bowie’s film into such a resonant tale for our times,” a Showtime spokesperson said in a statement. at THR. “And kudos to a wonderful cast led by Chiwetel Ejiofor, Naomie Harris and Bill Nighy for bringing it to life. Alex and Jenny originally planned The man who fell to earth be a closed story. As we flirted with the idea of ​​expanding it into a second season, we all finally decided to embrace it as a well-told one-season story.

Originally commissioned to series for CBS All Access (now Paramount+) in 2019, The man who fell to earth was based on a 1963 novel by Walter Tevis (The Queen’s Bet), which was adapted into a 1976 film starring David Bowie. Ejiofor (12 years of slavery) starred in the drama and played a new alien who lands on our planet in a role designed not to be compared to the one made famous by the late rocker. Harris, Nighy, Jimmi Simpson and Kate Mulgrew also starred in the series, which moved to corporate sibling Paramount + Showtime in March 2021 because the drama was a better fit for the cable company’s premium slate.

CBS Studios produced the drama starring Timberman/Beverly and Kurtzman’s Secret Hideout. Studiocanal owns the rights to the Tevis novel and a 1976 film starring David Bowie based on the book.

The decision not to move forward with more The man who fell to earth, According to sources, also predates the recent management change at Showtime’s parent company, Paramount Global, in which David Nevins – who ran a portfolio that included Showtime – left and oversight of the cable company was handed over to Chris McCarthy. It’s worth noting that premium scripted rates haven’t been the focus of McCarthy, a rising star at former Viacom. McCarthy oversees a suite of networks including MTV, VH1, Comedy Central and Paramount Network. (McCarthy’s lieutenant, Keith Cox, is gatekeeper to all of Taylor Sheridan’s linear and streaming shows.) During McCarthy’s tenure, he largely removed Comedy Central and other networks from the premium scripted space.

Showtime’s scripted slate includes the recently launched Leave the one on the right in and american gigolo as good as Billions, The Chi, City on a Hill, The L Word, Yellowjackets and Your Honor, among others.

Kurtzman and Lumet, meanwhile, continue to have overall deals with CBS Studios and have several more shows in the works for Paramount+ and Showtime, including the star trek franchise.