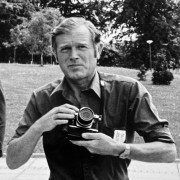 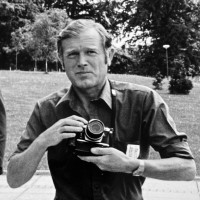 A photographer who was awarded the MBE for his work with the regional press group he served for four decades has died aged 88.

Tributes were paid to Mike Roberts, who was best known for his work on the mold-based evening frontman.

Mike, pictured, joined the newly formed Evening Leader in the early 1970s and remained there until his retirement from North Wales Newspapers in 1998.

On retirement he was awarded the MBE on the Queen’s birthday for his services to photographic journalism in North East Wales.

Jo Shone, former Editor and later Head of Features at Evening Leader, said: “Mike was a pleasure to work with. He was there when I was first hired as a junior journalist in 1970 and I’ve been proud to count him among my friends ever since.

“His dedication was second to none and in particular his feature photography was brilliantly creative.”

Mike Dean, a fellow photographer who became an image editor after Mike’s retirement, added: “I’ve always had the utmost respect for Mike’s work. He was the man I looked up to when I started working for the Leader.

“I aspired to be as good as him. His work on feature films was just outstanding.

Mike began his career on the Wrexham Leader in the 1950s after completing his national service.

He then joined the Stafford and Banbury newspapers before returning to North East Wales to work for the weekly Flintshire Leader and then the Evening Leader.

During his career Mike has covered everything from fires and floods to major industrial stories including the crisis created by the end of the steel industry at Shotton on Deeside in 1980 with the loss of over 8,000 jobs.

He was also well known for his work on feature films and won a prestigious Welsh Press Award in 1975 for an impressive photo portfolio.

Former Flintshire Leader journalist John Shone, who later worked for the BBC and HTV, said: “Mike was not just a top notch photographer, he was an excellent story seeker and an absolute joy to work with him.

“I had the privilege of covering stories with him for five years in the late 60s and early 70s. We shared many happy times and great exclusives; a lovely guy who will be missed by many.

Lord Barry Jones, former Labor MP for Alyn and Deeside, added: “Mike was a wonderful figure in North Wales journalism. He was a superb professional who was greatly admired in his area of ​​expertise.

“He has always been considerate and thoughtful in his dealings with the public and with me as a parliamentarian. His integrity was recognized by all who knew him.

Mike had been ill for some time and died at Wrexham Maelor Hospital on January 7. He is survived by his wife Mary, to whom he was married for over 60 years, and his son Andrew.

At Mike’s request, there will be no funeral service.