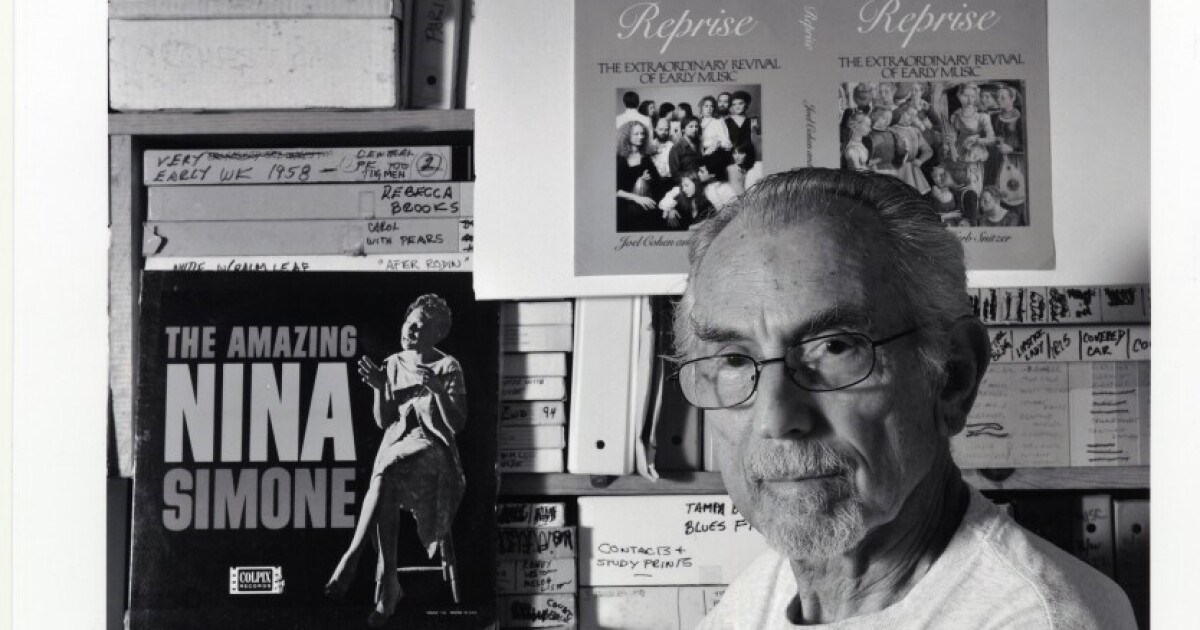 Herb Snitzer said he considers himself a visual historian and artist, using photography to capture and comment on the world around him.

His parents were Jewish immigrants who fled pogroms in Ukraine and settled in Philadelphia, where the artist was born in 1932.

Snitzer moved to New York to start his career after graduating from Philadelphia College of Art in 1957 after a brief stint in the military.

He arrived just in time to experience the bohemian atmosphere of Greenwich Village in the late 1950s and early 1960s. Back then, the neighborhood was home to a collection of poets, artists and musicians who are now considered cultural icons.

“I was right there,” he told WUSF in 2018 during an exhibition of his work at the St. Petersburg Museum of Fine Arts. “It was a time of transformation,” he said. “It was just magical.”

Because the magazine industry was the dominant medium at the time, it didn’t take long for Snitzer to start earning a living as a full-time photographer. His work was featured frequently in Life Magazine, Time, and the now-defunct jazz publication Metronome, where he eventually became the magazine’s photo editor.

Snitzer traveled on a tour bus with Louis Armstorng, was close friends with Nina Simone and once narrowly avoided getting hit by Miles Davis who banned photographers during his set at the 1990 Newport Jazz Festival.

“He caught me taking pictures,” Snitzer recalled. “Now Miles had a reputation for hitting people and I was like, ‘He’s not going to stop playing. He’s not going to hit me. So I kept shooting.’

Snitzer has also focused much of his work on social justice.

A photograph of a 1958 civil rights demonstration foreshadowed his volunteer work with the NAACP in St. Petersburg, which presented him with a lifetime achievement award in 2005.

He documented the annual Gay Pride celebrations, the 2017 Women’s March and the 1996 protests for Tyron Lewis, an 18-year-old unarmed African American killed by St. Petersburg police after a traffic stop.

Herb Snitzer, who had been diagnosed with Parkinson’s disease, died Dec. 31 at the age of 90.