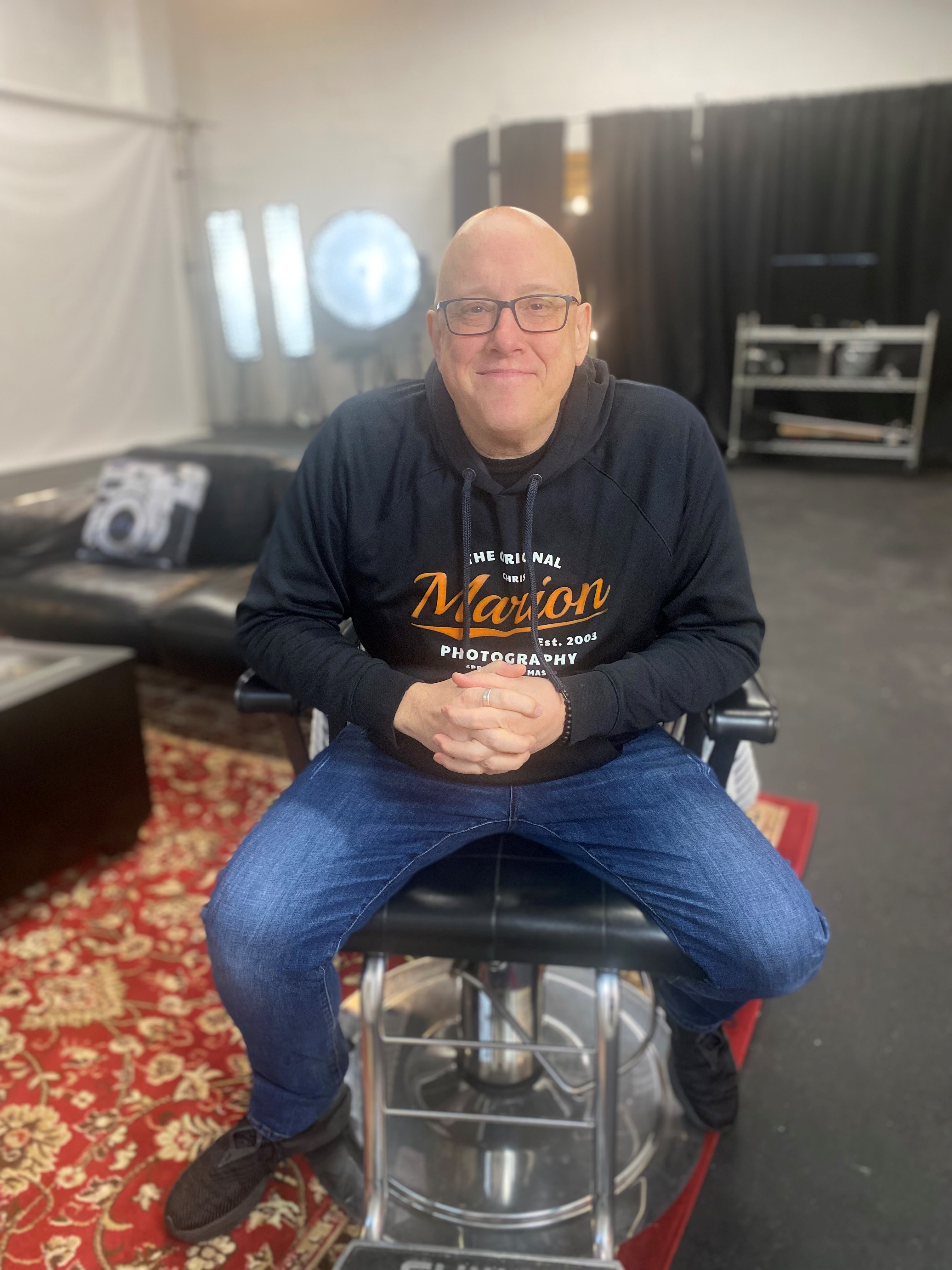 SPRINGFIELD — If you’ve attended any public or sporting events, chances are you’ve seen Chris Marion at work. The well-known photographer has shot in Pioneer Valley for years for local media, the Spirit of Springfield, MGM Springfield and others.

And you may know that the Springfield native and resident has a long association with the NBA, WNBA and his work has appeared in Sports Illustrated.

Now Marion has entered a new aspect of her career – her first real studio. He was briefly at Indian Orchard Mills with a space and said he started looking for another location.

“I really wanted to be here,” he added of the Gasoline Alley complex on Albany Street. Of the studio, he added, “It’s a blank canvas, so to speak.”

Marion explained to Reminder publication the space was once “the junk drawer” for Gasoline Alley, but after cleaning, the great room would allow assignments ranging from portraits to automotive photography. The studio has 16 foot high ceilings and a garage door that would allow vehicles to be driven in for photography sessions.

Automotive photography is a growing field for businesses and owners of vintage automobiles and Marion said the studio was large enough for adequate lighting as well as a solid color background for a shot.

“It’s not dependent on weather conditions and we can control the light,” he said.

The studio is quite large. Marion said he could have three setups for different missions at once.

He also plans to have a set built for family portraits at Christmas.
The studio “has a lot of potential”, and Marion said, “The culture here is exciting.”

He noted that Gasoline Alley is preparing to accommodate several food businesses.

Marion started her freelance career in 2003, but became a full-time freelancer eight years ago. Last year, he worked “a lot” for the NBA with which he has a 13-year relationship. He shot NBA games, worked on the G League (formerly known as the NBA D League), and had assignments with the WNBA.

He describes himself as a “huge fan and supporter” of the WNBA and said the league is “more fulfilling on many different levels” than the NBA.

For the NBA, he recently photographed a pre-season event with the Bucks and Hawks in Abu Dhabi, the capital of the United Arab Emirates, which he described as an incredible experience. The NBA also called on his services during a trip to Japan.

“Honestly, I still can’t believe what I’m doing,” he said of his assignments.

Marion is now fine-tuning the studio and the possibilities it offers. For more information, visit www.chrismarion.com.