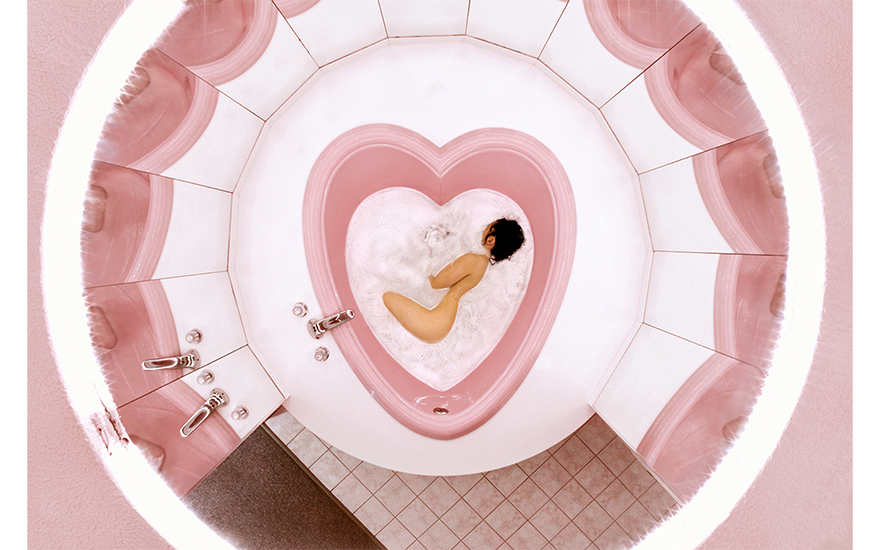 The Center for British Photography opens in London

It’s early January, and on London’s venerable Jermyn Street, a stone’s throw from St James’s Palace, the sounds of drilling can be heard through the glass doors of number 49. As workers struggle to complete construction, one thing is claire: at 8,000 square feet (743 square meters), when the new Center for British Photography opens on January 26, it will be the largest gallery in the world devoted to the subject.

The center was founded by Claire and James Hyman to house their collection of over 3,000 works, amassed over the past 27 years. It features over 100 British artists, including Bill Brandt, Bert Hardy, Martin Parr and Daniel Meadows, Jo Spence, Karen Knorr and Anna Fox.

The new gallery, until recently the site of a men’s tailor, contains an array of new spaces to show off photography and new media. The low-ceilinged entrance opens into a double-height space that will serve as the main exhibition space, beginning with a show titled Stubborn organized by Fast Forward, an advocacy group dedicated to increasing the number of women in photography.

Upstairs on the first floor are three “in focus” spaces featuring the work of feminist photographer Jo Spence, self-portraits by Heather Agyepong, and Natasha Caruana’s wedding images framed against a candy pink wall. Another exhibition space in the basement features documentary photographs of British life.

So why is there a need for a center of British photography? “Simply because it is neglected and underestimated in this country”, explains James Hyman. “I think we have some of the best photographers in the world, and yet there’s been a tendency to celebrate what’s happening in New York or Tokyo or Paris rather than what’s happening around us.”

Hyman is quick to dismiss the suggestion that the focus on Britain has anything to do with nationalism or Brexit. “I am a refugee’s child,” he says. “As an academic and art dealer, I have been interested in contributions made by people from elsewhere, whether by London School painters Lucian Freud and Frank Auerbach, or by black artists from the Windrush generation”. [of immigrants from the Caribbean]. I am very interested in how cultures are enriched by different types of communities.

He concedes, however, that there is a British aesthetic. “There’s a branch of documentary photography that’s popular with the British that’s epitomized by Bill Brandt,” he says. “It’s often quite quirky and narrative and reflects contemporary life. This had a huge influence on photographers in this country. This idiosyncratic style can be seen in the center’s basement show, inspired by Brandt’s 1936 book English at home.

The opening of a free gallery in central London by private benefactors presents an intriguing commentary on the current state of art spaces in Britain. With public funding for the arts reduced to a thin porridge, there has been much discussion about the role of patrons and their influence on the nation’s art. This is something Hyman feels keenly.

“If you believe, as I do, in the public sector and free access for all, then the question is: how do you achieve this without building yourself a monument? The answer is to not have your name on the door, to allow others to shape your program, and to provide access to artwork that would otherwise be locked away in a blueprint vault or storage unit.

The center has a research institute and operates an educational program of a type more easily associated with publicly funded museums. He recently partnered with Imperial College London to deliver a course on the history of British photography, and further educational projects are in the planning stages with Birkbeck University and the University of the Arts in London.

All of this reflects the Hymans’ commitment to supporting contemporary British photographers from “diverse backgrounds and cultures”. We try to be inclusive and pluralistic. It is important that the narrative shifts from traditional black and white photography of men to more diverse photography.

There will also be a shop, with all proceeds from the sale of books and photographs going to support the charitable activities of the Hyman Foundation, including research and grants for photographers.

With the rise of smartphones and social media, Hyman says it’s harder than ever to be a photographer today. “Trying to communicate something meaningful in this medium is incredibly difficult. It’s no longer enough to be a fine craftsman. It takes a fraction of a second to take a picture, but it has to have a depth that goes beyond beyond this momentary sensation.

In a recent interview, former Christie Vice President Philippe Garner noted how the photography market has exploded in recent years. How does Hyman view these changes? “When I started going to auctions in the early 1990s, they were encyclopedic,” he says. “You could learn all about the history of photography, from the Victorian era to the present day.

“Today, it’s very different: it’s about contemporary photographers. Auction houses will tell you it’s because the supply of old photographs has dried up, but I’d say it’s also about the bottom line. As a reseller, you are trying to create a market. When you believe in an artist, you want to show everyone this marvelous discovery. The accent has changed.

Hyman says the challenge for the private collector is how best to represent the photographers whose work they acquire. “We have a very close relationship with the photographers we support and often buy a series of works or an entire exhibition. It’s about telling their story, and it’s rarely seen through a single image.

“We like to work in collaboration, to ask ourselves what is the best expression of the photographer’s work and to be faithful to his vision. This is what we hope to achieve with the gallery.

The British Photography Center opens at 49 Jermyn Street in London on January 26, 2023