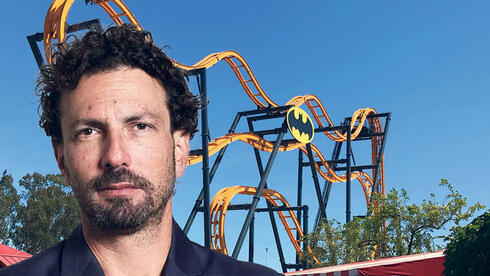 Shares of Pomvom, which develops digital photography solutions for amusement parks, skyrocketed on the Tel Aviv Stock Exchange after the company announced it had signed a letter of intent (LOI) with the US theme park giant Six Flags after winning a tender. If the deal goes ahead, Pomvom will provide its services to 11 of the chain’s parks in the United States over five years. The company estimates that its systems will start operating in the various parks by the end of 2024.

According to Pomvom’s reports for the third quarter of 2022, the company’s average revenue from a visitor to the parks where its systems operate in the United States is $1.6. In other words, the deal with Six Flags has the potential to generate revenue of around $21 million per year.

For the first nine months of 2022, Pomvom recorded revenue of NIS 151.3 million (about $44 million) – a 59% jump from revenue of NIS 95.1 million ($28 million) during the corresponding period in 2021. This is an annual revenue rate of around 200 million shekels (even if Pomvom’s activity is seasonal, with the second and third quarters of the year being the busiest strong). Pomvom ended 2021 with revenue of NIS 131.1 million ($38 million).

“This is a strategic agreement that will change the composition of the sites in which we are active. Today, 70% of our revenues come from parks in Europe,” said the company’s CEO, Yehuda Minkovitz, at Calcalist. “This is one of the largest amusement park chains in the world. It is still only a letter of intent and we expect the deal to be signed within a few weeks. “

Pomvom’s cameras capture the experiences of park visitors at the various attractions and allow visitors to purchase the products in print or digital form and share them on social media. The company’s systems are installed in 21 amusement parks in Europe and the United States, and it has entered into agreements that are expected to increase the number of parks to 41. The agreement with Six Flags will increase the number to 52.

Pomvom – whose main shareholder is More Investment House through its provident funds and trust funds (19%) – began trading at a valuation of NIS 135 million in March 2021. The company raised NIS 38 million during of an IPO worth NIS 97. million. Two months later, Pomvom reached a record valuation of NIS 454 million, but later, amid rising interest rates, the stock lost ground.

Over the past 12 months, the stock has fallen 73% and the market value of the company has returned to a value close to where it was issued – NIS 99 million.